"I pledge allegiance to the Earth ..."

In yet another example of Oak Park political correctness run amuck, school children in Oak Park once were required to pledge allegiance to the Earth.
at 4:00 PM No comments: 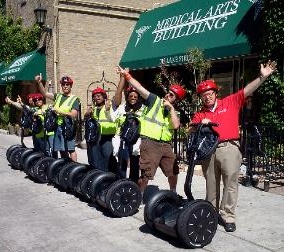 What could possibly be more lame than touring Oak Park?


Touring Oak Park on a Segway, that's what!

Get Out the Way, Oak Park!

For years, Oak Park has been trying to block expansion of the Eisenhower Expressway, which narrows to three lanes in each direction as it crosses Oak Park, causing massive traffic congestion (not to mention unnecessary air pollution, which you'd think Oak Parkers would be hypersensitive to, considering that Idling Gets You Nowhere).

The village has used a variety of delaying tactics over the years, including demanding some sort of "consideration" in exchange for widening the expressway, and floating ridiculous schemes like "capping" the Ike by burying it in a two-mile-long tunnel from Austin to Harlem -- presumably, with trees and pretty flowers and rainbows and unicorns frolicking on top.

Oak Park's latest obstructionist tactic, reports the Oak Park Patch, is to "sensitize" transportation officials to the village's history and architecture by characterizing buildings near the expressway (including a Volvo dealership) as local landmarks.
at 6:17 PM No comments: 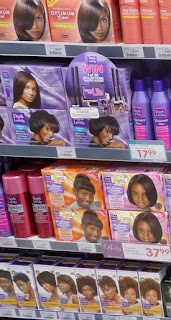 "Oak Park looks at limiting beauty supply stores," reports TribLocal (9/9/11). “It’s not to say that they are undesirable, but if you have a lot of them right next to each other, it’s not the right fit,” says the village planner.

"Not the right fit."

Hmmm ... you mean like pawnshops, laundromats, and currency exchanges (all of which are illegal in Oak Park, according to the same article)?

Gee, I wonder whether this has anything to do with a concern about the clientele that those businesses might attract?  Better to let those folks stay in Austin where they belong.
at 11:59 PM No comments: