Oppression within the Oak Park Village Board

From the "we can't make this stuff up" department:
Oak Park's Village Board met this week to engage in what local media refer to as "the ritual post-election re-adoption of the village's diversity statement." Trustees argued over the meaning of "systems of oppression" (apparently the modern term for police). One trustee, a privileged white female medical doctor, told two colleagues to "shut up" because white men aren't permitted to share their opinions about oppression. Mayor Anan Abu-Taleb, a Palestinian immigrant, attempted to intervene; she cut him off, saying "Your skin is light enough." 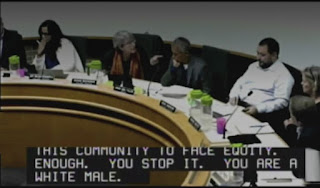 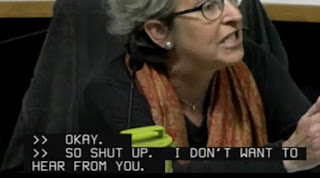 Unhinged Trustee Shouts Down Colleagues for Weighing in on Town's Equity, Diversity, and Inclusion Statement, The Blaze, Oct. 10, 2019